Do not add your own table, view, stored procedure, or other resource in the PDXpertDB database. During an upgrade, PDXpert may drop or update tables, change stored procedures, or make other changes; it then clears and rebuilds all views and members of the Views collection. Make a separate database to hold your own objects.

Use PDXpert Server to see the SQL Server version and instance§

Make special note if you see LocalDB in this information. 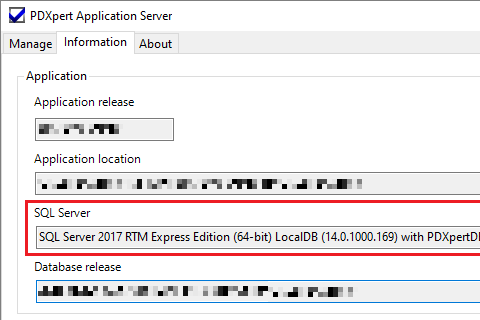 Go to the Manage page to see the SQL Server instance name. This is shown next to the Change Database Server… button: 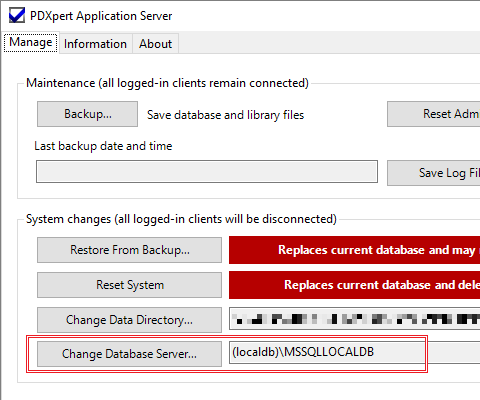 SQL Server LocalDB provides a robust set of database functions to a single application — in this case, the PDXpert system. LocalDB is both simple and secure, but also quite restricted. SQL Server Management Studio (SSMS) offers more value when used with SQL Server Express, Standard or Enterprise.

If you need remote access, create your own administrator and user accounts.

To connect to the PDXpert client's local views database: